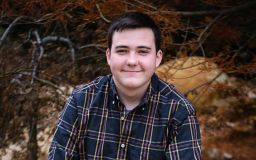 Springfield High School is proud to announce that Patrick Conley has been admitted into the Penn State Governor's School to be held Summer 2020. The article below was written by Patrick Conley:

I'd like to give a massive thank you to Mrs. Campbell for introducing me to the Governor's school and to Mr. Baker for his amazing support he gave me during my application creation.

The Governor's School is an exclusive program offered by Penn State that selects a small group of juniors to spend July at Penn State main campus taking College-level introductory classes to agriculture. This year, however, the program was shifted online due to health concerns.

In very brief summary, my project was on improving food security in Afghanistan, namely by introducing Saffron to farmers. To get a little background, most of rural Afghanistan is dominated by Opioid production due to Taliban influence and control. Due to the years of ongoing conflict in the nation, the infrastructure of the nation and economic opportunities for the vast majority of the population remains incredibly poor, solidifying opioid production as the only stable industry in the nation.

The introduction of Saffron on a large scale could very well have the possibility of fixing this problem. Saffron is a spice derived from the Crocus flower. The flower's delicate nature and very specific growing conditions result in its production not only being limited to a select few areas, but also a large amount of manual labor is required to produce it. This results in the price of Saffron being higher than gold Not only are the valleys of Afghanistan some of these perfect areas, a large percent of the population is low-skilled labor which would easily be able to fill the capacity required.

In huge simplification, Saffron production would result in the stable and profitable economic spark that the nation needs to build up its economy to pay for infrastructure creation which would result in a more connected Afghanistan. This modernized nation would be able to finally be stable enough to receive the foreign investment it so desperately required to grow its country. With a growing economy and stability rising, it's incredibly unlikely the Taliban would still be able to find enough support to continue in its operations.

I would like to reiterate that this is a large simplification of a deeply complex cultural, political, and economic situation. I am not an expert on Afghanistan or economics, this is simply one possible solution I discovered during my research.

In the future, I hope to work in Latin America as an Agronomist. I hope to be able to help those in rural communities better themselves and their farms and help bring them out of poverty. I also hope to work on the ex-Cocaine and Opioid fields of Colombia, Mexico, and Guatemala, helping farmers and families achieve economic stability so that they don't have to resort to growing these illegal crops again.